Southeastern Baptist Theological Seminary (SEBTS) is excited to announce that Ronjour Locke has been appointed as director of the Center for Preaching and Pastoral Leadership, following Scott Pace’s transition to dean of The College at Southeastern.

“I first met Ronjour Locke when he was a pastor, and I quickly learned of his passion for the local church,” said Chuck Lawless, vice president for spiritual formation and ministry centers, dean of graduate studies and professor of evangelism and missions. “He wants to walk beside pastors in their work, and he’s committed to helping SEBTS equip the next generation of shepherds. I couldn’t be more excited about the future of the center.”

Locke previously served as associate director of the Pastors’ Center and is currently an instructor of preaching and urban ministry at SEBTS, two roles he has been in since he began teaching at SEBTS in January of 2018. Before coming to SEBTS, Locke served as pastor of First Baptist Church in Brooklyn (FBC), a neighborhood within Baltimore, Maryland from 2012-2018. During his time as pastor at FBC, Locke led his church to adopt an elder-led polity, form a stronger foundation for church membership and serve the Brooklyn community by partnering with organizations to fight sex trafficking in the area. 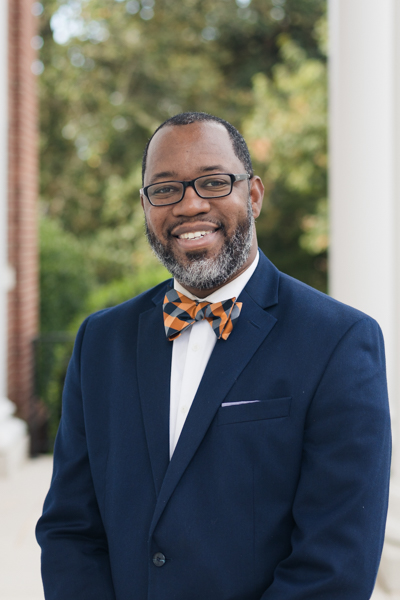 After graduating from Lancaster Bible College, Locke taught Bible at Clinton Christian School in Marlboro, Maryland before becoming associate pastor of youth and Christian education at Hanover Evangelical Free Church, where he served from 2006-2007. Locke also taught as an adjunct professor at Lancaster Bible College from 2012-2013, where he taught principles of biblical interpretation.

“It’s an incredible honor to lead the Center for Preaching and Pastoral Leadership. At Southeastern, we equip our students to go, to make disciples of all peoples in obedience to Christ’s Great Commission. But especially for those called to pastoral ministry, what is needed to stay, steadily shepherding God’s flock for as long as God would have you there,” said Locke.

Along with pastoring at FBC and Hanover Evangelical Free Church, Locke served as interim pastor at Rosen Heights Baptist Church in 2011. Locke has participated as a Christian Life and Public Affairs Committee member for the Mid-Atlantic Baptist Network since 2016 and as a leadership team member for the Baltimore Baptist Association from 2013-2016, where the team gave budgetary, administrative and ministry oversight to the local association.

Locke and his wife, Anne, live in Wake Forest with their four children (Joshua, Noah, Mikaiya and Naomi) and attend North Wake Church.

“Under previous leaders, most recently Drs. Jim Shaddix and Scott Pace, our center has been available to provide resources and encouragement that can help our pastors stay faithful to God’s call and his people over the long haul. It’s my joy to serve both current and future pastors in this way,” said Locke.