At the Office with Dr. George Robinson

George Robinson remembers what it was like to be on the receiving end of an evangelistic encounter.

Standing at a bus stop at the University of Georgia’s education building, he cussed out the guy sharing the gospel with him. A week later, Robinson came to Christ. He understands how radically Jesus can change the course of a life.

Robinson has been a public school teacher, an missionary in South Asia, a pastor in Georgia and a seminary professor. Having ministered in a number of contexts, Robinson will be the first to tell you that sharing the gospel does not differ all that much whether in South Asia or south Georgia. At a fundamental level, people need to hear the storyline of Scripture. Robinson, the Bailey Smith chair of evangelism and associate professor of missions and evangelism, took some time to share his thoughts on ways to engage today’s culture with gospel intentionality and how the Lord continues to teach him today.

What are some of your favorite books in your office?

Most impactful books that I’ve ever read at the top of the list outside of the Bible would be Robert Coleman’s “Master Plan of Evangelism” and Randy Newman’s, “Questioning Evangelism.” When I was training to go to South Asia, we had this guy who had converted from Islam do a training for us at the International Mission Board. He said these words and it stuck with me—”If you tell a Muslim something, you’ll make him angry, but if you ask a Muslim a question, you’ll make him think. Which do you want to do?” I realized very quickly the wisdom behind that approach when I was in South Asia. Everybody would argue with you, and the last thing you wanted to do is enter into an argument. The way you do that is by asking questions, not by stating propositions.

What do you enjoy doing for fun?

I love to deer hunt. I grew up doing that my whole life. I also grew up riding motorcycles and rode them up until college days. I’ve been riding Harleys for the last seven years. The cool thing about it for me as a missionary is it gives me an avenue into a group of people either don’t understand my title or they don’t care. I share the gospel with people because I am an ambassador for Christ, not because it’s my job. The fact that I’m there with them in the tattoo shops and on all of these rides gives me a unique opportunity to minister to them and connect with them in ways that I couldn’t if I weren’t on two wheels. It’s been a huge blessing for me, gives me a place to unwind and has given me countless opportunities to share the gospel. What’s a little known fact about you?

I dropped out of college—I dropped out in my sophomore year at the University of Georgia and went to work in a factory. No lie, I’m at UGA in physics class in an auditorium on day one, and the guy comes in and explains what we’re going to do. I folded my Trapper Keeper up, and I went out the emergency exit. No lie, I went straight to the registrar and I withdrew from college, not from the class. I worked at the factory for a couple of months, and I was like, “Maybe college wasn’t so bad.” I stayed in school from that point forward until I was 37.

With Thanksgiving and Christmas right around the corner, how can students be thinking about these opportunities in our culture to share their faith?

I encourage students find the rhythms that exist within the community and ride those rhythms instead of trying to create something outside of that and invite people into it. Around 70 percent of people in the Raleigh-Durham area fall into a category we call “Uninvitables.” It doesn’t matter what the nature of your relationship with them is—they’re not going to come to a religious service with you. It’s important to cultivate listening skills and be in places where people are comfortable to share more details about their story with you. Then you’ll know how to bring the gospel to bear on that.

What is something that you’ve been learning in Scripture recently?

I have faced quite a bit of tragedy in my life. I lost my dad right after I graduated from college to suicide, then my uncle to suicide two years after that and I’ve had multiple suicides in my immediate circle since. There are a lot of opportunities where, in the flesh, you could question the good character of God. The Scripture that I cling to the most now comes from Romans 8:32. Any time that I question the character of God, all I have to do is look back at the cross and realize that if that’s the length that Jesus went to save me, how can I question whether or not He’s going to give me what’s best?

*This article was edited for length and clarity. 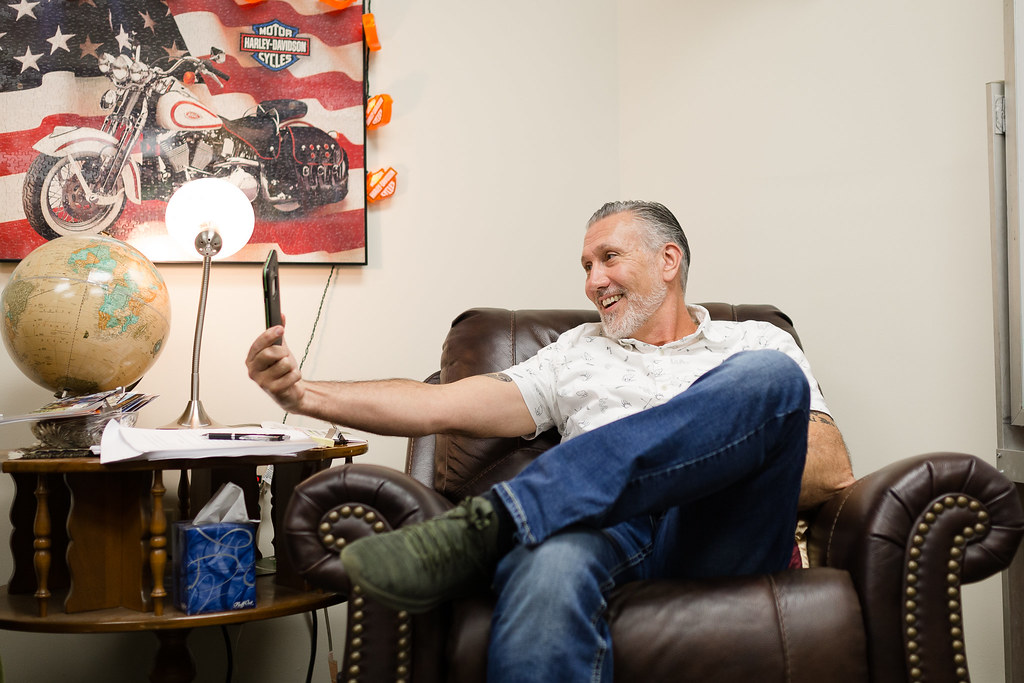